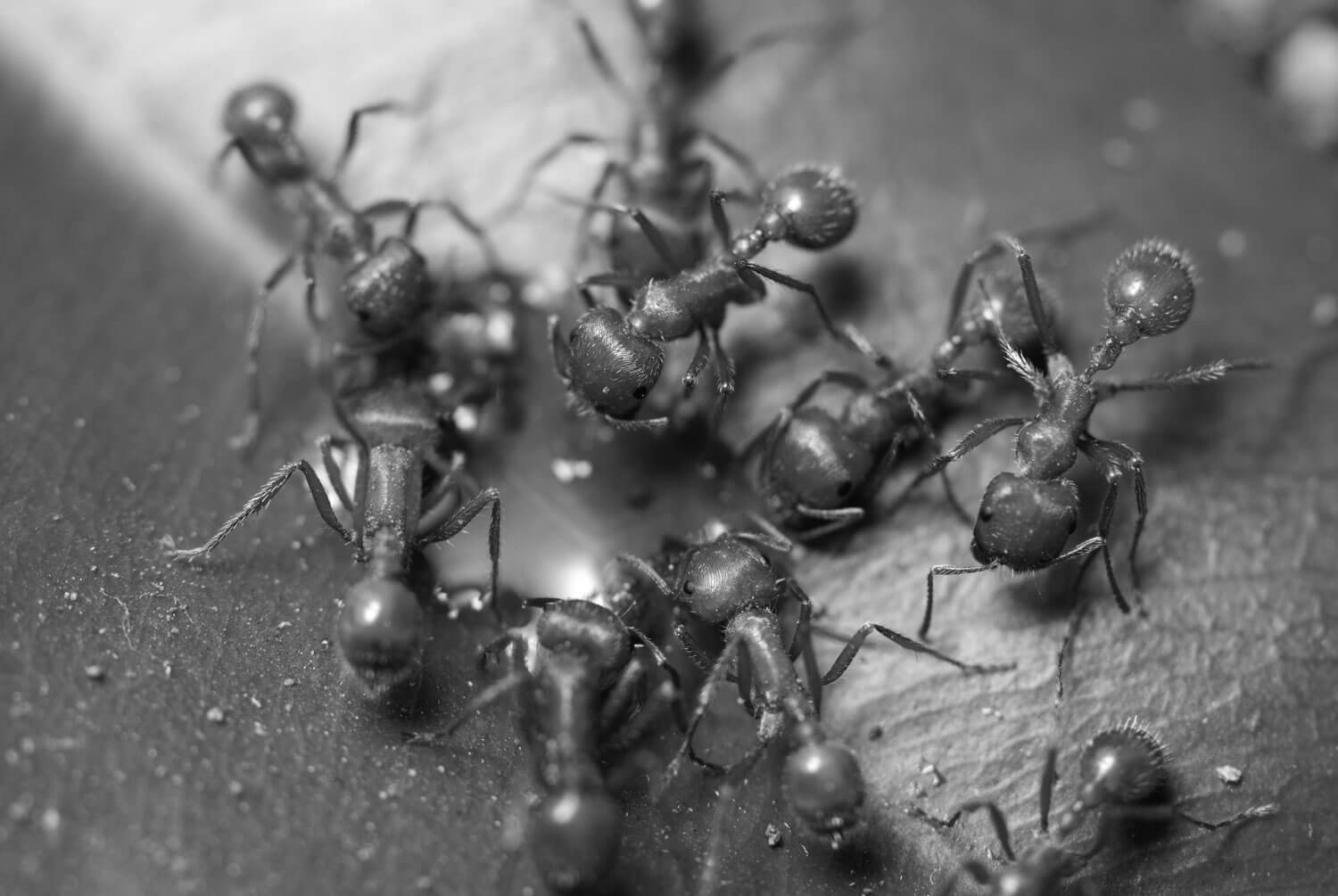 If you own a house, fire ants may end up being a cause for concern. They’re not only a problem in public parks but also for many homeowners. They have a nasty habit of consuming fruits, vegetables, and even electrical wiring in some cases.

As with any pest situation, you may need a strong deterrent to get rid of fire ants once and for all. Once you determine whether you have an infestation indoors also, you can choose your product accordingly. To make things easier for you we’ve reviewed and compared three of the best fire ant killers.

Their pros and cons will be highlighted so that you can get the best product for your situation. If you’re still unsure, our number one pick and recommendation will also be provided by the end of the article.

Our pick
“I’ve been using Amdro for over 20 years. It always gets rid of the mound. Those little guys really go after it.”
-GaryH


Our pick
“I’ve been using Amdro for over 20 years. It always gets rid of the mound. Those little guys really go after it.”
-GaryH

When trying to dispose of a fire ant colony, dealing with the queen as fast as possible is the key to success. These Amdro bait granules are fast acting and can sniff out the problem even when you’re not able to pinpoint the mound’s location.

Bait granules work best when the ants are working so you’ll want to spread the Amdro bait granules during the early hours of the day. You can even spread them a bit earlier since the unique Amdro formula has a delayed effect.

These granules don’t work well in combination with water. You’ll want to avoid spreading them in rainy seasons and perhaps avoid watering the garden for at least one week. That’s how long it takes for the queen to die.

The best time of the year to use Amdro fire ant bait granules is typically spring time. A 6oz bottle of Amdro bait granules should be enough to solve your problems for a long time. However, it probably won’t be enough to guarantee protection as well as a more potent dust fire ant killer.

The price tag on the Amdro granules is very competitive. It’s not out of reach of even the most modest of homeowners. It takes a maximum of five tablespoons to take down an individual mound in two weeks. As far as outdoor treatment goes, that’s very fast considering the price tag.

Our pick
“It’s like magic. The ants went right at the bait like it was an all you can eat buffet. Took a peek 15 minutes later and the ants were doing the “dance of death” from the poison.”
-Pen Name


Our pick
“It’s like magic. The ants went right at the bait like it was an all you can eat buffet. Took a peek 15 minutes later and the ants were doing the “dance of death” from the poison.”
-Pen Name

Another fast-acting fire ant killer is the Bayer Advanced Dust. It comes with a shaker-top accessory that allows for wide dispersion over your garden. This comes in a 16 oz bottle which holds enough formula to destroy 130 mounds.

The Bayer Advanced Dust works against fire ants as well as red harvester and pavement ants. While granules may give you better overall coverage it does have a delayed effect. Dust fire ant killer products act faster as they are able to kill ants on contact rather than days after ingestion.

Using the Bayer Advanced fire ant killer dust is rather simple. You just need to remember that it can’t be applied near fruits, vegetables, or other edible plants in your garden. The formula is too potent to be harmless.

Because of its efficiency per pound ratio, the Bayer Advanced fire ant killer dust is quite an economical choice. In the long run it might save you more money than the lower priced Amdro bait granules.

Of course, it does depend on the infestation. You may want to use the dust if you’re certain of where the mounds are. But, if you’re unable to locate all the mounds you could be better off with bait granules that ensure the poison spreads to all members of the colony.

Our pick
“King of any killers. Sprinkle on the mound, and leave it, or water it in. Ants are gone.”
-gizmo junkie


Our pick
“King of any killers. Sprinkle on the mound, and leave it, or water it in. Ants are gone.”
-gizmo junkie

Sometimes a fast-acting fire ant killer may not be enough for your problems. Perhaps you also need a product that is long lasting and can potentially prevent new colonies from forming for an entire season. The Ortho Orthene is one such fire ant killer.

Orthene is a dust which contains 50% acephate. Needless to say this stuff is very potent and kills ants on contact. It also takes only a few hours for a mound and its queen to die once the dust is applied around the mound.

The Orthene dust is very long lasting. It not only provides a quick kill but it protects your yard for up to 6 months or more, depending on where you live. The effectiveness improves if you live in the Northern states.

You can also pair the Ortho Orthene fire ant killer with the Ortho Max granules to guarantee yourself 100% area coverage. That being said, if you’ve located all the mounds, just the dust should be enough. The 12oz bottle is enough for 54 mounds.

Because of its potency, Orthene requires some protective gear when spreading. You may also want to avoid using it near flowers and edible fruits or vegetables in the garden. To ensure success you can spread the dust early in the morning so the ants come in contact with it as soon as their workday starts.

The Amdro fire ant bait granules are super easy to use. You just sprinkle them around your yard and the ants go to the work for you by sharing the poison. This product is also attractive due to its budget-friendly price tag. The fact that it guarantees coverage of the entire yard adds great value for the money. It also makes it a good outdoor fire ant deterrent for small-scale infestations.

The Bayer Advanced fire ant killer dust is very potent. Where granules take a while to kill off a colony, a few sprinkles of this dust around the mound is enough to take them out within hours. The 16oz of solution is enough for 130 mounds so there’s good value right there. If you’re in a hurry and you’ve located the mounts, this ant killer will surely meet your needs.

Last but not least, Ortho’s Orthene fire ant killer is a great alternative. In fact, due to its superior long-lasting effect, as well as its fast-acting formula, it gets our top pick. While some use it in combination with granules, the Orthene is more than capable of destroying entire colonies on its own and prevent the formation of new ones for up to 6 months.