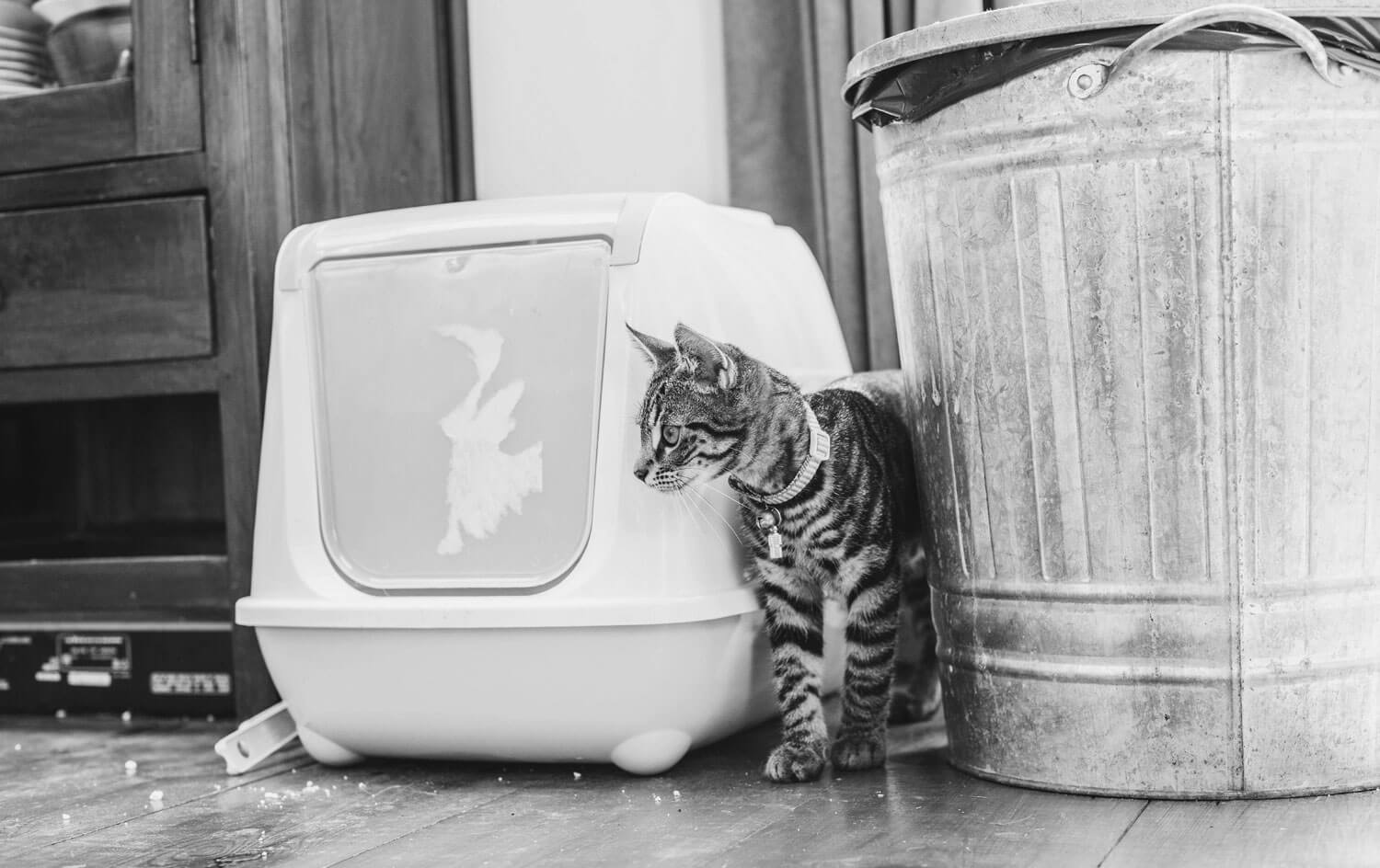 Cats can be the perfect pets to have indoors. They may not hang around you as much as dogs, but can still give you plenty of love. People who like cats often praise the fact that they are more independent than dogs, and don’t need you to take them out for walks to answer nature’s call.

Still, you’re sometimes left with the unpleasant task of cleaning your kitty’s litter box. Cats are very clean animals, and sometimes they may even avoid using the litter box if you forget to clean it.

Luckily, there are solutions for this. Self-cleaning litter boxes were created to automate this task as much as possible, so you don’t have to get your hands dirty. Some of them are more autonomous than others, so it comes down to budget and personal preference. Let’s find out which one is the best for you.

Our pick
“Simply tilt liter box to one side and then back again! Clean litter sifts back to the main compartment and clumped dirty litter now sits in a pull out compartment that you empty into the trash. It’s really that simple”
-Jill R.


Our pick
“Simply tilt liter box to one side and then back again! Clean litter sifts back to the main compartment and clumped dirty litter now sits in a pull out compartment that you empty into the trash. It’s really that simple”
-Jill R.

The Self-Cleaning Litter Box by Omega Paw is the most affordable option on this list. It has no electronic or automatic components whatsoever; it relies only on ease of use.

Let’s go over how the Roll’n Clean works. The compartment that your cat pees and poops in is the same as in any other litter box. However, on the bottom right side you have a grille to separate clean litter from the disposable bits. On the top right, there is a removable drawer that collects the waste.

Using this box is easy. First, you fill it with clumping or silica litter. Then, when you wish to clean it, just roll it over to the right until it is upside down. This causes the clean litter to slide through the grille, while the litter clumps get trapped in the top drawer. After rolling it back to the original position, just remove the drawer and dispose of the dirty litter. Now you see why it is called Roll’n Clean.

While this system is not fully autonomous, it certainly makes cleaning easier at a budget-friendly price. Since it looks just like a regular litter box, your cat will have no troubles adapting to it.

Still, being inexpensive does have its drawbacks. The plastic the box is made out of does not feel particularly sturdy, especially in some spots. The hooks that connect the top and bottom parts may also become loose sometimes. But as long as you are careful, the Omega Paw Roll’n Clean can be a good solution for you.

Our pick
“The best part. It doesn’t smell. And I don’t have to touch nasty cat poop litter ever again! It scoops the poop into the compartment and I never have to see it.”
-Chey


Our pick
“The best part. It doesn’t smell. And I don’t have to touch nasty cat poop litter ever again! It scoops the poop into the compartment and I never have to see it.”
-Chey

The ScoopFree by PetSafe is the second priciest entry on this list, and the middle ground as far as automation is concerned. It requires electricity to operate and can handle itself for a period of time without any human interaction.

The ScoopFree has an open top. It works like this: after your cat uses it, a sensor triggers a 20-minute timer. During that time, the litter absorbs the moisture and turns the waste into a clump. When the timer expires, a rake sweeps all the clumps into a closed compartment at the end of the box. This allows the ScoopFree to last for a couple weeks without you having to do anything.

The downside of this system is that you have to replace the whole tray when it is no longer usable. A bagging system or a removable compartment would be more cost-effective.

Another disadvantage is that you can’t adjust the timer. So if you have two cats, the second cat may decide to use the litter box just before the first timer expires. This will cause the raking to be less effective.

There is a third problem with the ScoopFree litter box. The rake tends to rust and get stuck to the waste while sweeping it away, sometimes causing it to not get trapped in the disposal box. A DIY solution for this is to cover the tines of the rake with drinking straws cut to length. This will keep the rake clean, and you can also replace the straws if needed.

Our pick
“This is the best investment I have ever made! It works amazing and my cats love it. They literally go potty and then sit and wait to watch it do the cleaning cycle!”
-Siehara


Our pick
“This is the best investment I have ever made! It works amazing and my cats love it. They literally go potty and then sit and wait to watch it do the cleaning cycle!”
-Siehara

The Litter-Robot III, Open-Air version is the most advanced litter box of the three we are reviewing, and has a price tag to match. Does it pay off?

In short, it does. The Litter-Robot III is made of two major parts: a base with a removable drawer, and a large sphere on top of it. The Open-Air version is so named because the opening is quite larger than the previous versions.

So, here’s how it works. Like with the ScoopFree, a sensor detects when your cat has used the robot. We should say that this feature is better implemented in the Litter-Robot, because you can adjust the timer between several settings (3, 7, or 15 minutes).

When the timer expires, the sphere does a full vertical rotation. The debris falls down through a small door to the drawer, while the litter slips through a grille and remains in the upper compartment.

Due to its different configuration and mechanism, your cat might take longer to adjust to the Litter-Robot III. But once he or she does, you’ll see that it works beautifully well. All you have to do is line the drawer with a bag and replace it once it is full. An indicator light will tell you when this happens.

The Litter-Robot III even has other interesting features, like an 8-hour sleep mode, a night light, buttons to reset or complete a cycle on demand, and an optional battery backup kit that allows it to work in case of a power outage. It is expensive, but it does not have much maintenance costs like the ScoopFree.

We’ve looked at three of the best litter boxes available out there, but there is one that stands out from the rest. The Litter-Robot III Open-Air saves you a lot of work, is well built and has a ton of features. Most importantly, it simply works really well. If you’re on a tight budget, then go for the Omega Paw Litter Box. It is not automatic or electronic, but does exactly what it says on the tin and is easy to use. Some parts could be better well-built, though.

The ScoopFree Self Cleaning Litter Box by PetSafe lies somewhere in the middle in terms of price and automated features. It might not be the cheapest or the most feature packed, but is the best if you want a regular looking litter box. Your cat will have no troubles getting used to it.